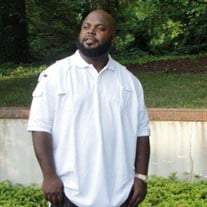 Harry Bryant Harris III was born in Winston Salem, NC on September 2, 1976 to Lindy McJones Ellis and Harry "HB" Coach Harris. Harry attended WSFCS and graduated from Mount Tabor High School in June 1995, where he also played football for Mount Tabor football team as an outstanding running back wearing jersey #33. After high school Harry attended Fayetteville State University and graduated May 2000 with a Bachelor of Science Degree in Criminal Justice, where he also played football at Fayetteville State University. Harry enjoyed his college years at Fayetteville State that he stated "those were the best years of my life" Harry was loved by many within the city of Winston Salem & Fayetteville North Carolina. Harry is the Visionary & Founder of the Elite 8 Alumni Organization which was started in the year of 2012. It has now become a community staple within the city of Winston Salem. Harry also had a passion of working with the youth rather it was serving as an Elementary & Middle School teacher, Juvenile Detention Officer, At Risk Program Director and most importantly a community outreach liaison to send kids to college, he truly served as a mentor and modeled for the youth. Harry also loved his family immensely especially his 3 sons that he called the "Harris Boys". And we know the Lord has welcomed Harry with open arms, because the love and faith he had for the Lord was so deeply rooted within him, that every chance Harry got he made sure to pray with you. Harry is survived by his wife Tarsha Harris, his sons Isaiah, Zion & Elijah Harris (Winston Salem, NC); his mother Lindy Ellis (Winston Salem NC) ; his father Harry "HB" Coach Harris (Wilson, NC) ; his brother Manley Harris (Raleigh, NC) & EI-Hajj Harris (Winston Salem, NC); His sisters N'Kenya Brady (Winston-Salem NC); Pamlea "Nicole" Brady (Winston-Salem, NC) his aunt Brenda Hairston (Winston Salem NC) and a host of nieces, nephews and cousins. Harry was preceded in death by his maternal grandmother Essie McJones, two sets of paternal grandparents, James White & Alberta Bowman Daniels and HB Preacher " Harris and his most beloved " Mama " Sarah Harris. Harry's extended biological family that preceded him included two great maternal aunts, one aunt, one great maternal uncle. 11 great grand paternal uncles, 7 great paternal aunts and 5 uncles. A public viewing will be held Monday, Janauy 31, 2022 from 1pm tun5pm at Douthit's. A graveside services will be held Tuesday, February 1, 2022, at 2pm from Evergreen Cemetery. Arrangements are in the care of Douthit Funeral Services.

The family of Mr. Harry B. Harris created this Life Tributes page to make it easy to share your memories.