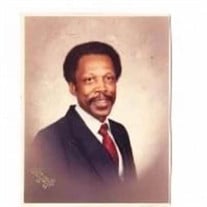 Johnnie Stephen Gee, affectionately called “SJ”, was called home on January 10, 2021. He passed away peacefully in the comfort of his own home surrounded by love and family. Johnnie was born February 2, 1939 in Lake City, South Carolina, to the late Nathaniel and Arcelia Gee. Johnnie was preceded in death by his parents, Nathaniel and Arcelia Gee, a brother and sister who passed away in infancy, a sister Blondell Barthiel, a brother Dexter Gee and a son Darrell Henderson. Johnnie was a member of Exodus Baptist Church for many years. There he served faithfully as a deacon and a member of the male chorus. He loved the Boy Scouts and served as a troop leader. Johnnie really enjoyed spending time mentoring the boys in his troop and taking them on various trips. To cherish his memory Johnnie leaves one sister, Mary Lee Barron of Pompano Beach Florida, two daughters, Deborah Gee Pratt of Rural Hall North Carolina, Sharon Gee Brown of Burlington North Carolina, two sons, Johnnie Gee Jr., of Winston Salem North Carolina and Darnell Gee of North Dakota. In addition, he leaves behind 15 grandchildren, 7 great - grandchildren and a host of cousins, nieces, nephews and friends. Because he was a true man of God we rejoice in knowing that he is resting well in the arms of our Heavenly Father. A public viewing will be held Friday, January 15, 2021 from 1pm until 5pm Douthit's. a private funeral will be held Saturday, January 16, 2021 and interment will follow in piedmont Memorial gardens. Arrangements are in the care of Douthit Funeral Services.

Johnnie Stephen Gee, affectionately called &#8220;SJ&#8221;, was called home on January 10, 2021. He passed away peacefully in the comfort of his own home surrounded by love and family. Johnnie was born February 2, 1939 in Lake City, South... View Obituary & Service Information

The family of Mr. Johnnie Gee created this Life Tributes page to make it easy to share your memories.

Send flowers to the Gee family.