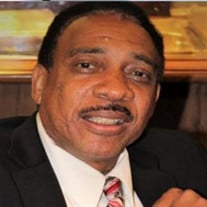 Joseph Harvis Rivers, age 65, of Kernersville, NC departed this life on Thursday, December 23, 2021, at his home. He was born March 24, 1956, to the late Mr. Hardie and Mrs. Catherine Rivers. He was a graduate of Trinity High School. Joe, as many called him, was a faithful and dedicated employee with Adams Millis for many years. After which he was employed with Ecolab Kay Chemical Co., where he worked for 18 years until his retirement. Joe was well known for singing, joking, and kidding around….it was nothing for him to make you laugh. He never met a stranger. Joe was also known for the part he played in the movie “Critical Condition.” He was truly a man of much love and a big heart. And let us not forget, he was a true fan of the San Francisco 49ers and the Tarheels. He was proceeded in death by his sister, Gwendolyn Rivers, Mother-in-law, Frances Johnson, Brother-in-law, Gregory Smith, two nieces, Shantina Rivers and Alicia Rivers, and a great niece, Michelle Rivers. He leaves to cherish his memories, his loving and devoted wife of 30 years, Wanda, two daughters, Chasity Payne of High Point, NC and Jonise Rivers of Greensboro, NC, Two grandchildren, Briana Covington of High Point, NC and DeAundray Walker of Greensboro, NC; Three brothers, Gaines (Pamela) Rivers of High Point, NC, Tony (Gretchen) Rivers of Greensboro, NC, and Ronald (Michelle) Rivers of High Point, NC; Four sisters, Catherine Haney, Josephine Crawford, Yvonne ( Ricky) McCluney, all of High Point, NC, and Lenora ( Greg) Bennett of Wadesboro, NC; Father in law, Michael Johnson of Winston Salem, NC; Four sister in laws, Mary (Chester) Donald of Cary, NC, Sandra Camel of Winston Salem, NC, Patricia Smith of Walkertown, NC, and Angela Brooks of Winston Salem, NC; and a host of nieces, nephews, cousins, and friends. He also left to cherish his memories, three of whom he was a father figure to, Tonya Baldwin, Levonya Mitchell and Frances “MiMi” Partlow. A public viewing will be held Wednesday, December 29, 2021, 1pm until 5pm at Douthit's Funeral services will be held Thursday, December 30, 2021, at 2pm from Douthit's. Family will receive friends at 1:30pm. Arrangements are in the care of Douthit Funeral Services.

Joseph Harvis Rivers, age 65, of Kernersville, NC departed this life on Thursday, December 23, 2021, at his home. He was born March 24, 1956, to the late Mr. Hardie and Mrs. Catherine Rivers. He was a graduate of Trinity High School. Joe,... View Obituary & Service Information

The family of Mr. Joseph Rivers created this Life Tributes page to make it easy to share your memories.

Send flowers to the Rivers family.