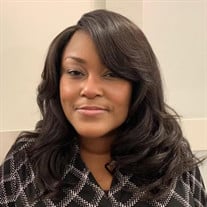 It is with extreme sadness that we announce the passing of Kimberly Janae Willis-Gordon. She was such a bright light in this world and will be deeply missed by many. Kim (as she was known to her family and friends), was born on April 10, 1974 and passed away unexpectedly on March 12, 2022 at NYU Medical Center from a chronic illness with her husband and her sister at her side. Kim grew up in Winston-Salem, NC and was academically gifted from an early age. She loved math and graduated with honors from North Forsyth High School in 1992. She then went on to receive a Bachelor’s degree in Industrial Engineering from A&T University and later, a Master’s degree in the same field from the University of Minnesota. During this time, Kim was also inducted into the prestigious Alpha Kappa Alpha sorority. Kim worked for several years in the engineering field before deciding on a career change. She worked hard and earned an MBA degree from Columbia University in 2009. Afterwards, she did various consulting jobs and most recently worked at Audible as Head of Customer Experience Insights and Q&A. Although Kim was born and raised in the South, most of us know that she was a City Girl at heart. She loved the diversity and energy of city life and the plethora of entertainment options available. Kim enjoyed attending Broadway shows and was an avid foodie that loved trying out new restaurants and different foods. With her adventurous spirit, she travelled all over the globe, leaving traces of her radiant smile to all she met. Kim was also a kind and generous soul; willing to help any family member or friend in need. She had such a big heart and we take comfort in knowing that Kim is now at peace with our Heavenly Father. Kim is preceded in death by her great grandmother, (name), maternal grandparents, (names), paternal grandparents, (names), and paternal uncle James Smith. Kim is survived by her husband, Kelvin Gordon, her two puppies, Desi and Dori, her parents, Wayne and Patricia Willis, her sister, Dacia Willis, her niece and nephew, Asha and Amir Tandy, her paternal aunt Shirley Johnson (Zeke), paternal uncles, Jerry Willis and Van Smith (Diana), and many other extended family members and an abundance of friends. A public viewing will be held Friday March 25, 2022 from 1pm until 5pm at Douthit's. Funeral services will be held Saturday, March 26, 2022 at 2pm from Douthit's and interment will follow in Piedmont Memorial Gardens. Arrangements are in the care of Douthit Funeral Services.

It is with extreme sadness that we announce the passing of Kimberly Janae Willis-Gordon. She was such a bright light in this world and will be deeply missed by many. Kim (as she was known to her family and friends), was born on April 10, 1974... View Obituary & Service Information

The family of Mrs. Kimberly Janee Willis-Gordon created this Life Tributes page to make it easy to share your memories.

It is with extreme sadness that we announce the passing of Kimberly...

Send flowers to the Willis-Gordon family.