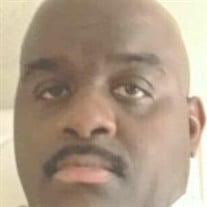 our beloved friend, our Brother Bear, and fellow brother in the Lord, transitioned to be with the Lord on Thursday, August 24th, 2017. Minister Lindsey Warren Adams, Jr. was born in Wendell, North Carolina to the late Apostle Lindsey W. Adams,... View Obituary & Service Information

The family of Minister Lindsey Warren Adams Jr. created this Life Tributes page to make it easy to share your memories.

our beloved friend, our Brother Bear, and fellow brother in the...

Send flowers to the Adams family.