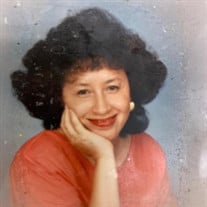 Ms. Ninetta Joyce Kelly was born January 20, 1950 to the late Laughton Al Kelly and Beatrice Kelly in Winston-Salem, North Carolina. Joyce was a 1968 graduate of J.W. Paisley High School. There, she was known for her quiet, studious and witty personality. Joyce received her Bachelor of Arts Degree from NC A&T State University in 1972. After graduating, she was employed with the Forsyth County Department of Social Services, first as a Day Care Teacher, and later becoming a Social Worker in the Adult Services Division, where she remained until her retirement. She was respected for her willingness to get along with people. Spiritually, Joyce was a member of St. John CME Church. She attended faithfully until her illness but continued to support her church. More recently, during conversations with Joyce, several of her cousins discerned a tremendous growth in her faith. Joyce was faced with many challenges...helping to provide care for her ailing grandmother, (who lived to be 109 years old); moving her ailing mother into her home, and providing care for her, until her passing. Gradually, several physical incidents caused Joyce to become immobile. She handled it all with such grace. In fact, it is the consensus of most who knew her, that she NEVER complained! In addition to her parents, Joyce was preceded in death by her grandparents the Rev. Garfield and Maebelle Pendergrass Ridgill, uncles, Garfield and Harvey D. Ridgill and an aunt, Doretha Dorcas Mack. She is survived by a compassionate caretaker, Johnnie E. Moses, Sr.; one devoted and caring aunt, Sarah Ridgill, a loving and faithful cousin, Argress Polite, and a host of other cousins. A public viewing will be held Friday, August 28, 2020 from 2pm until 5pm at Douthit's. A private graveside services will be held Saturday, August 29, 2020 from Piedm0nt Memorial Gardens.

Ms. Ninetta Joyce Kelly was born January 20, 1950 to the late Laughton Al Kelly and Beatrice Kelly in Winston-Salem, North Carolina. Joyce was a 1968 graduate of J.W. Paisley High School. There, she was known for her quiet, studious and witty... View Obituary & Service Information

The family of Ms. Ninetta Joyce Kelly created this Life Tributes page to make it easy to share your memories.

Send flowers to the Kelly family.